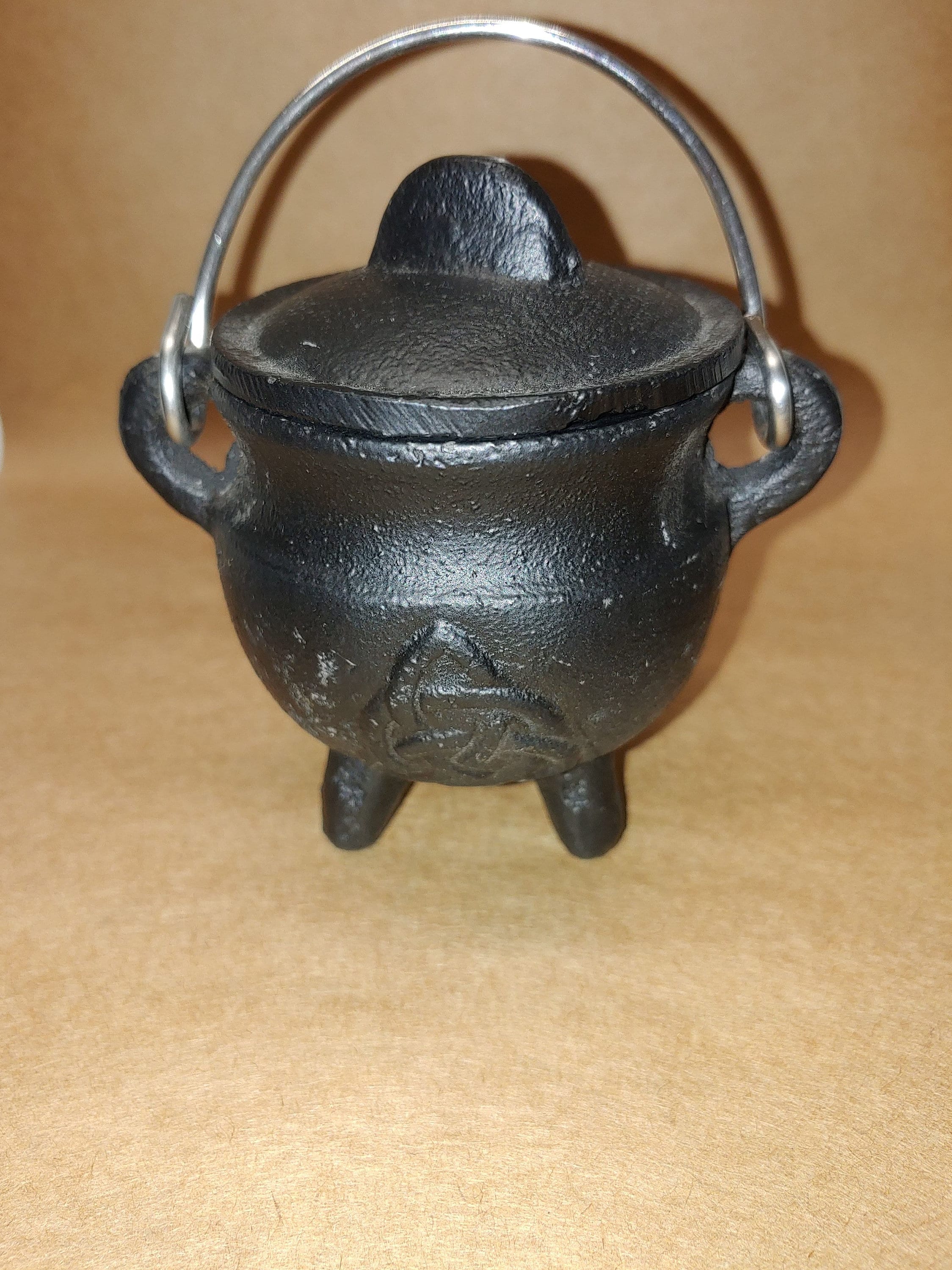 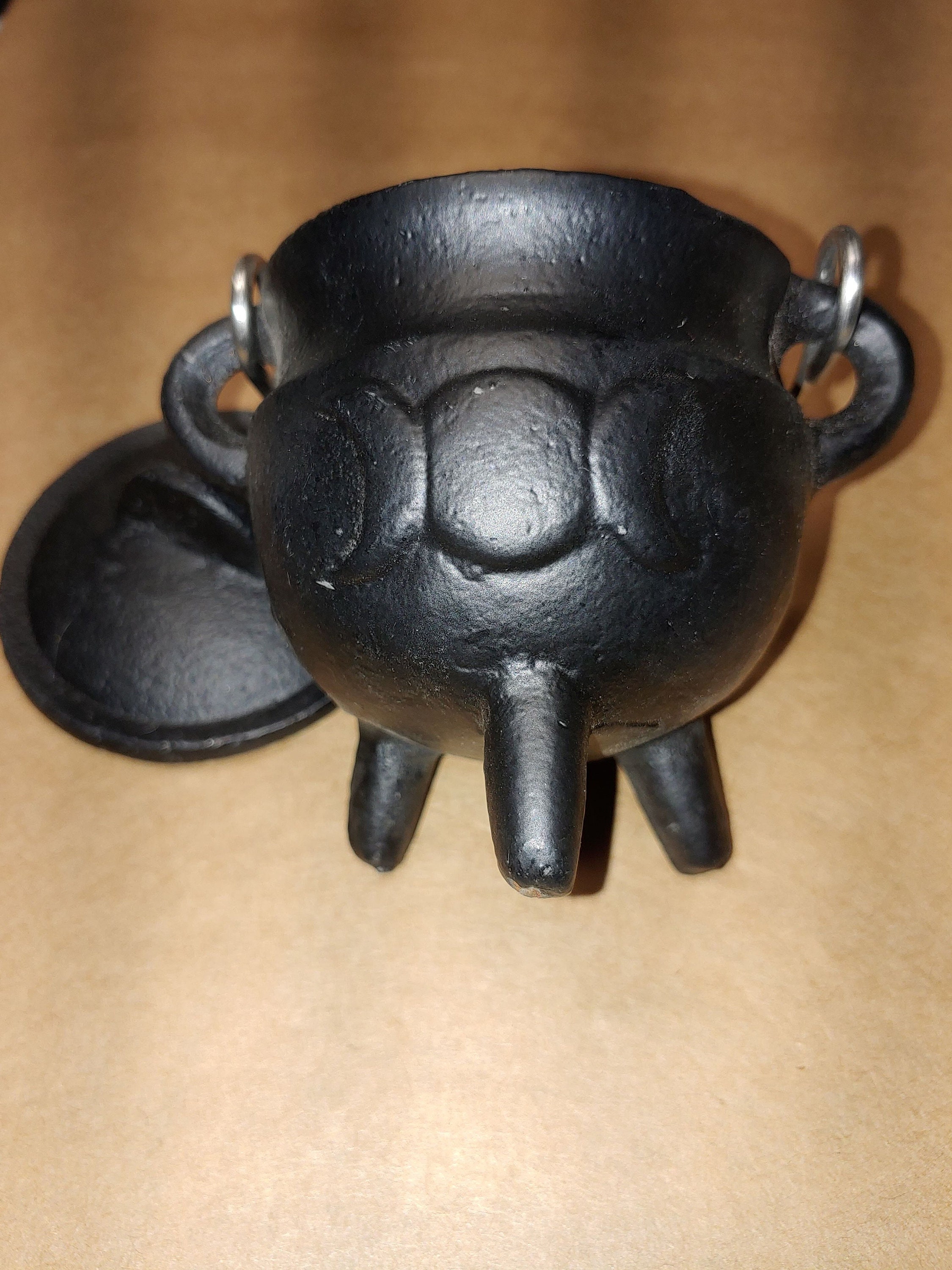 The Cast Iron Cauldrons I have to offer are appx. 2.5" across and 3" tall +/- This Cauldron Triple Moon symbol is double sided. The size is perfect for your smaller alter and can serve for burning incense or whatever you would like.

The Triple Moon symbol is often described as the Maiden, the Mother, and the Crone, each of which symbolizes both a separate stage in the female life cycle and a phase of the Moon, and often rules one of the realms of heavens, earth, and underworld. In various forms of Wicca, her masculine consort is the Horned God.

An ancient Celtic symbol, the Triquetra is considered one of the oldest; dating back to as early as 500 BC when it was used to symbolize the triple goddess (maiden-mother-crone). Over the centuries it has become the symbol for the Holy Trinity among Christians in Ireland. The symbol is often used to represent the 3 fundamental elements – air, water, and earth or the infinite cycle of life. It is also known as a rune of protection.

If you have any questions, please ask before buying.