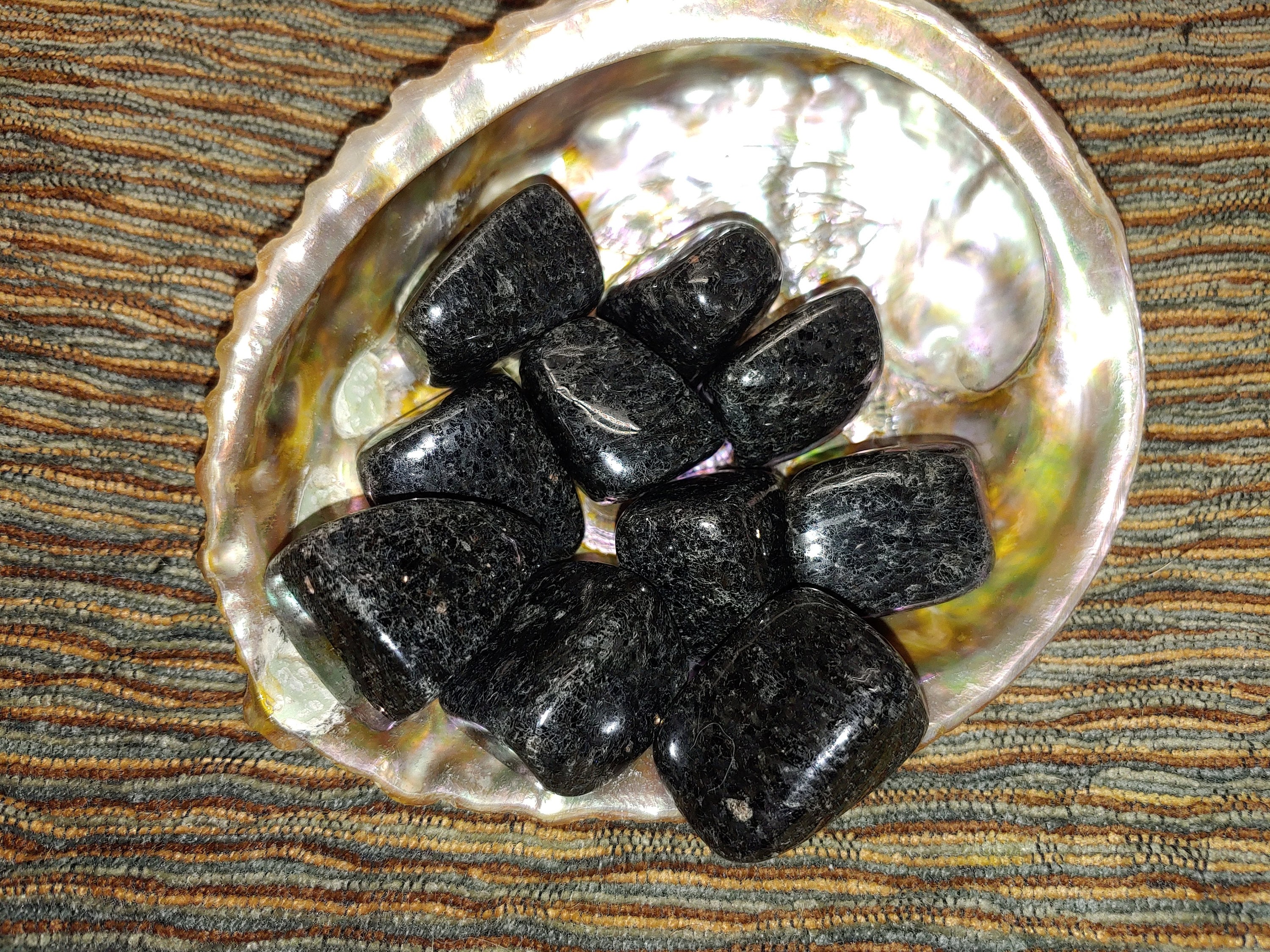 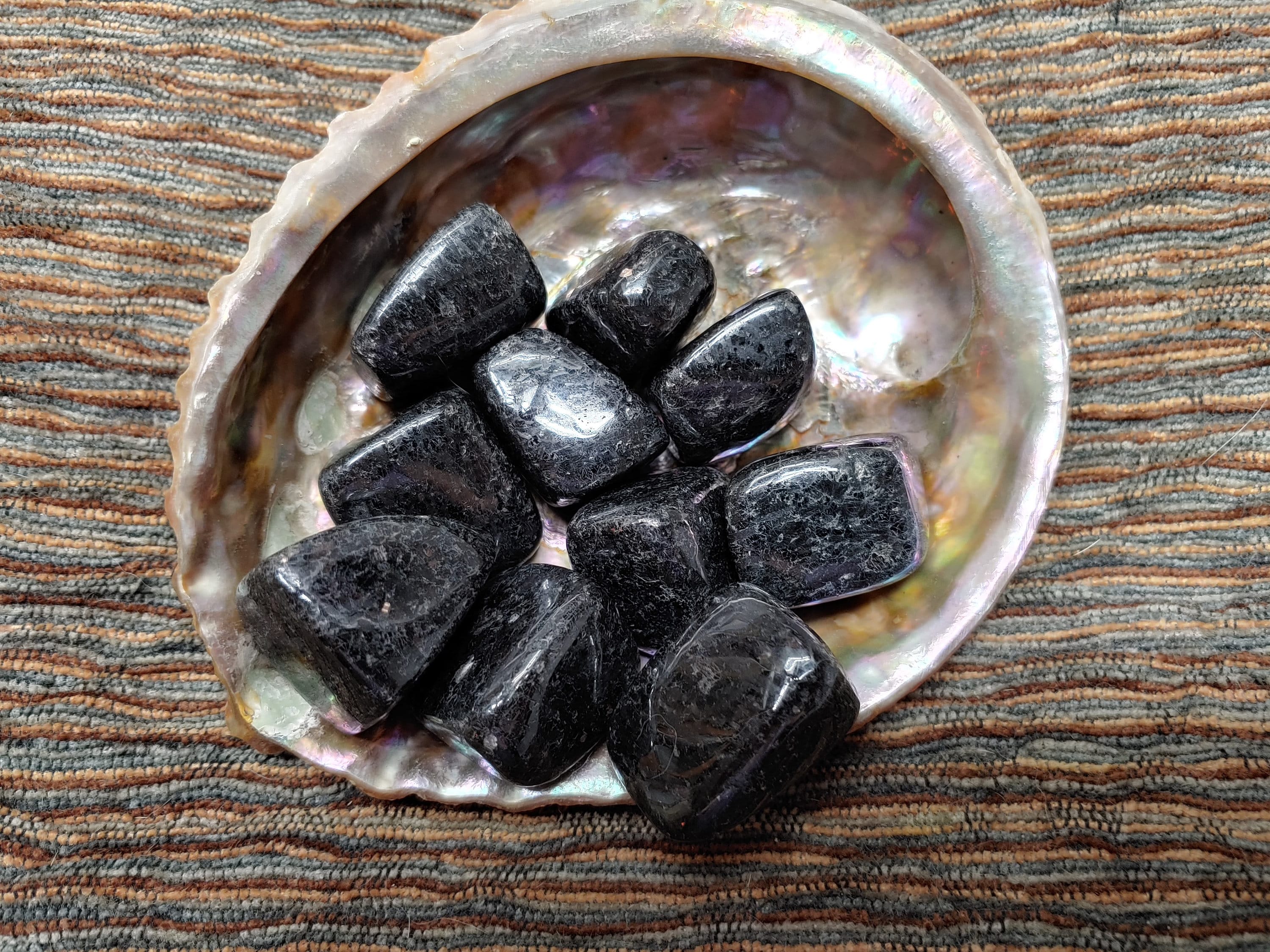 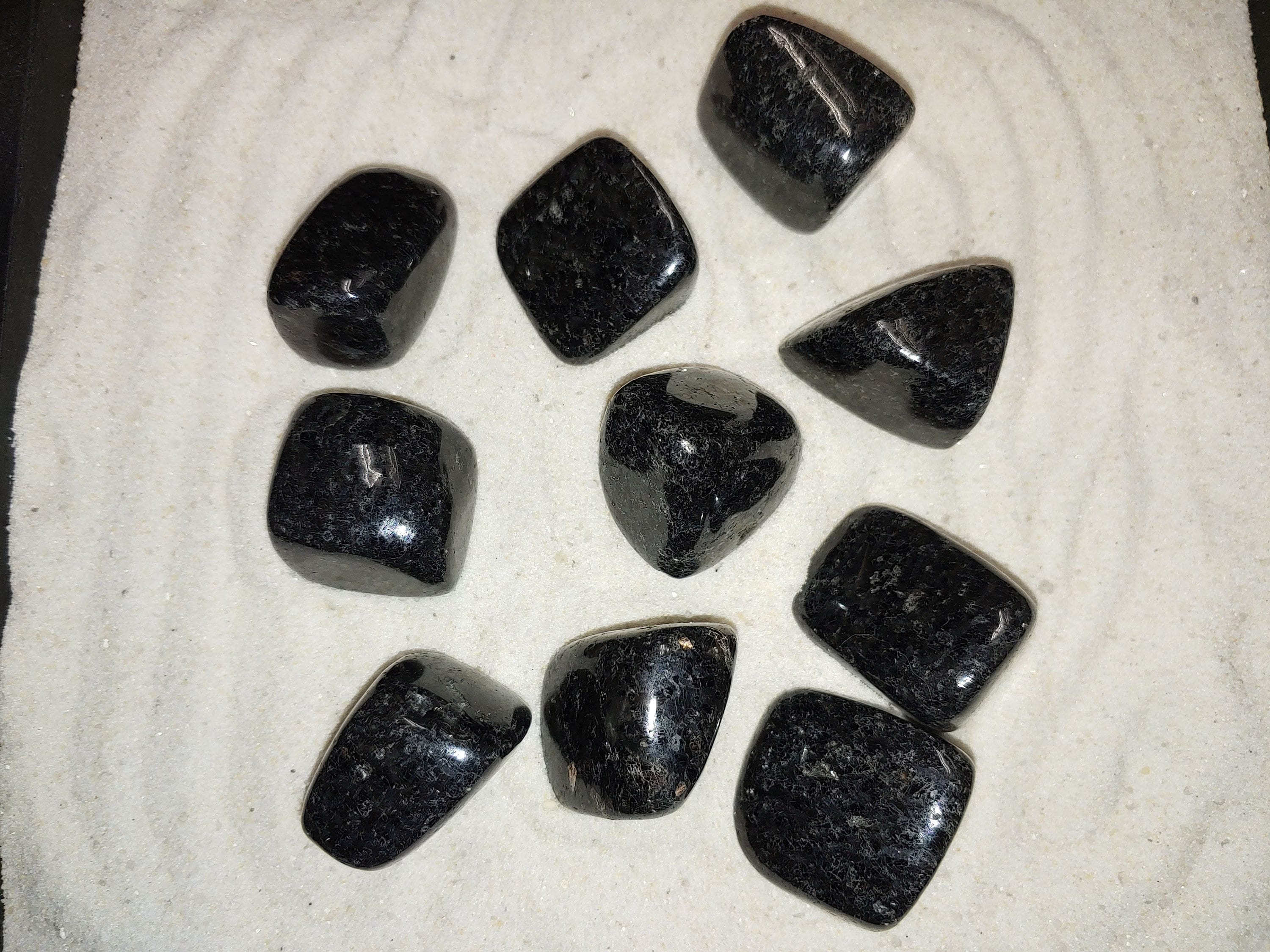 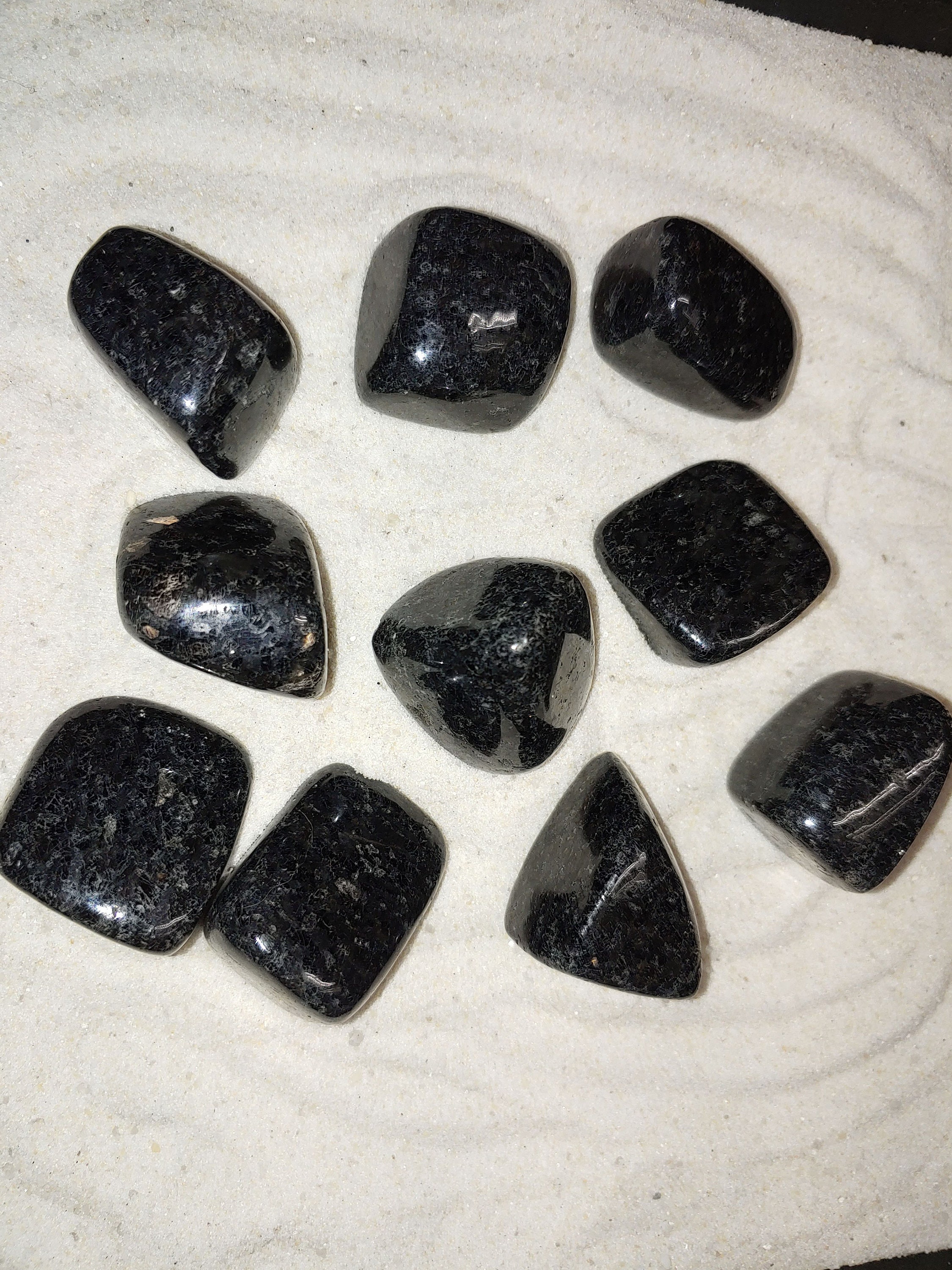 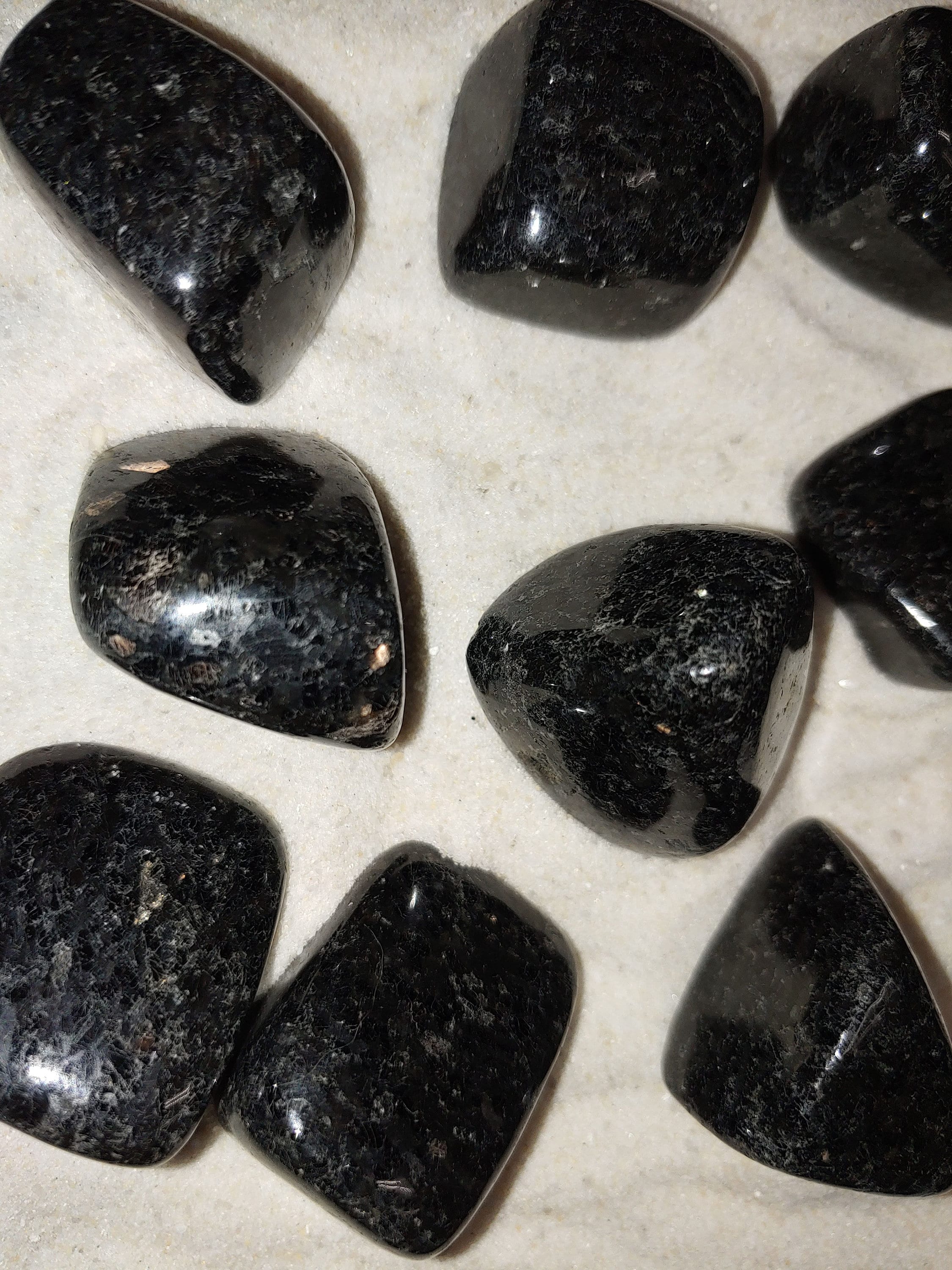 This listing is for one Nuummite (Sorcers) Stone. The stones measure appx. 1".

Nuumite is a grounding and protection stone attuned to the earth element. It is said to have been formed over 3 billion years ago. The vibrations of this stone enhance one’s intuition, assists in developing personal power along with developing one’s psychic ability of clairvoyance. Nuumite protects one’s aura. It gives a stronger connection to the true-self and is great to explore past lives. It helps heal the emotional body and reminds one that sometimes the most important thing one can do is to simply be.


The History of Nuummite
Believed to be some of the oldest rock on earth, at about three billion years old, Nuummite was given the name the Sorcerer’s Stone because it was once believed to unlock the magic within an individual and “bring forth inner power.”

The name Nuummite originates from where it was initially discovered in the principality of Nuuk in Greenland in 1982.

While this stone generally is a dark black or deep charcoal color, the most common reflected color tends to be gold.

Metaphysical Properties of Nuummite
While the name Sorcerer’s Stone may seem something of a joke, many believe that it can and does involve some level of elemental magic and should be taken seriously and used respectfully. Nuummite is believed to have extreme powers, but if harnessed correctly, they can be very beneficial.

Nuummite is thought to counteract modern urban living and is also believed to “inspires fast, intuitive reactions without sacrificing logic, and encourages others to consider your skills more valuable.”

This stone is alleged to have the ability to “harmonize your intellect with your psychic and intuitive wisdom.”

Physical Healing
Many crystal healers believe that Nuummite holds a wide variety of healing properties many of which help reduce tension and stress and even helps with getting better sleep. It is also thought to be beneficial in insulin production and regulation and in treating diabetes, low blood sugar, low blood pressure, fainting, and dizziness.

Emotional Healing
The Nuummite stone is one that represents empowerment and allows users delve deep into the psyche to discover hidden fears, guilt, and even shames that may hold them back. This stone is said to help release users from those emotional constraints and teaches them both honor and respect for themselves and others.

Stones shown are for illustration as these are natural items please expect some variance from item to item. Stones supplied will be very similar but not identical.

You will receive one stone that will be intuitively be chosen for you.

Any information that may be found within this listing is not presented as a substitute, nor intended to be a substitute for medical advice, treatment or diagnosis. We feel that crystals can complement other therapies and support energetic well being. There properties are gathered from writings, books, folklore and many other sources. They are dependent upon the attitude and beliefs of the individual. Crystals should not be used as a replacement for medical treatment. For medical advice, please consult a licensed healthcare specialist.